Mary Soderstrom on writing and the writing life

Pub Date and New Name for My New Book

After months of going back and forth, I think we've got a name for my new book about places that have much in common but are different: Fine Lines: The Love/Hate Relationship Between Neighbo(u)ring States.  There's a nice little pun there which I hope signals this book which has some pretty serious research behind it will be a fun read.

And now the University of Regina Press is saying that the publication date will be late October 2019, just after the next Canadian federal election.  Should be an interesting moment...

Posted by Mary Soderstrom at 4:07 PM

New Books in the Works!

For the last few years--even before the final copy edit on Road through Time,  in fact--I've been working on two non-fiction projects.  The ideas for both came from my earlier projects, and incorporate observations and information I've collected over the years.

The first one, which is now called Frenemies: Why Some Places That Should Be Alike Aren't Alike, goes back to my first days in Montreal when I discovered how similar yet different  Vermont and New Hampshire are  There followed the realization that Canada has a similar pair, Alberta and Saskatchewan. There are many others like Burundi and Rwanda, and Haiti and the Dominican Republic. In all I've found ten pairs of political entities which you might call "unidentical twins" including the Big One:  the US and Canada. I had a manuscript ready to roll in 2016, but then came the incredible election of Donald Trump, and I had to hit Pause and do some more thinking.

During that time I began Rock of Ages: How Concrete Built the World As We Know It, which is in one sense an outgrowth of my books about cities, and Road through Time.  The University of Regina Press was very interested, and until a week ago, the plan was that it would publish the concrete book in 2019.

However, as my publisher says, the zeitgeist has shifted, and the time is ripe for the book about those unidentical twins, particularly as Canada prepares for a federal election in 2019, and the US for a presidential election in 2020.

So the order is shifted, and concrete will have to wait...

More later about pub dates and all that.   Now to get back to work and update Frenemies...
Posted by Mary Soderstrom at 11:41 AM

Full Page, Back Cover Ad in the New York Review of Books! 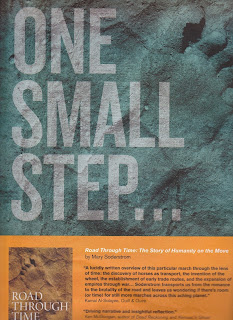 What a wonderful surprise to see this!  Let's hope it allows the book to have a wider audience.


Posted by Mary Soderstrom at 9:51 AM

Road through Time a Grand Success! 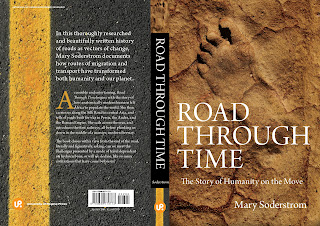 The reviews are coming in, and Road through Time: The Story of Humanity on the Move is getting very good ones.

Most recently Katia Grubisic began her review/interview in the Montreal Review of Books:

"Mary Soderstrom might just be my new favourite writer. She’s been writing for years, and we’ve been reading her for years, but meeting her reveals an energy that is contagious, and a humility that should be. Soderstrom in person is as unassuming, open, and delightful as she is erudite and elegant on the page.... "
Posted by Mary Soderstrom at 10:05 AM

What Musicians Say about River Music

It's always nice when people that you write about like what you write.  I'm no musician, and one of the big unknowns about River Music was what musicians might think.  In fact, I was so unsure that I went out of my way not to ask musicians I knew what their opinion was.

But to my great delight, the reaction of musicians has been spontaneous and very positive. Here are three:

"Mary, I just finished River Music. I could not put it down. I related so much to the character of Gloria Murray and the plight of the young pianist. I loved it to pieces. "

"Gloria, is tough and not always likable and yet, I had to recognize some of her  difficult choices as merely typical of what a musician, especially a woman, has to do in order to succeed in the competitive world of music."

Posted by Mary Soderstrom at 1:08 PM

Progress on the Road through Time 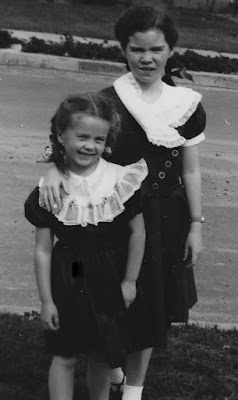 After River Music, a return to non-fiction:

This week I finished the revisions on Road through Time, and sent it off to the University of Regina Press which will publish it in Spring 2017.  The book, about roads as vectors of change and exchange, now has a subtitle: The Story of Humanity on the Move.   I hadn't given it one before because when I started writing I wasn't quite sure where I was going.

It begins with a trip my mother, my younger sister and I took in the mid-1950s from San Diego CA to Walla Walla WA. (The photo is of Laurie and me at about that time.)  It ends with the trip to South America I took two years ago, travelling a newly opened highway across the Andes from Peru to Brazil.  In between I explore where humans have wandered from the time our ancestors stood up through the Great Expansion out of Africa to the Age of the Automobile.

The book will be illustrated with some photos I've taken, some archival images and, I hope, this snapshot of two girls near the beginning of their respective journeys through life.

Posted by Mary Soderstrom at 9:31 AM 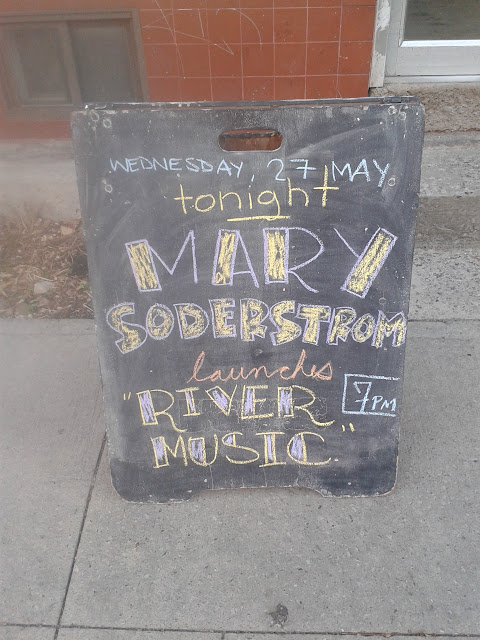 River Music was properly launched on Wednesday with  a little party at Librairie Drawn and Quarterly.  It was great fun.

Now to get cracking on the next project...
Posted by Mary Soderstrom at 2:07 PM